Side Effects of the Pandemic on Corporate Human Rights Obligations: Covid-19 and the rediscussion of the existential minimum

The schism caught in the Brazilian jurisprudence about the (non) recognition of the labor bond between the so-called “entrepreneurial partners” of the application services and the companies that are behind these apps in the sharing economy has gained a new topic with the global pandemic state caused by the new coronavirus. If the discussion on the subject was already controversial in labor courts across the country, the economic difficulties arising from the adoption of the indispensable social distance measures recommended by the World Health Organization have increased the problems faced by those who provide services via apps.

The regulation of corporate human rights obligations and the working class

Before going into the subject of this article specifically, it is important to remember that, since the promulgation of the Federal Constitution of 1988, the State has enacted several laws that ensure the enjoyment of social economic rights by workers. The constitutional text itself (art. 7º) assures them a minimum wage sufficient for vital/family needs, the thirteenth wage, weekly paid rest, vacation and retirement, to be left only in these examples. The constitutional norm dialogues on this point with several international documents signed or ratified by Brazil, such as the Universal Declaration of Human Rights (1948) and the International Covenant on Economic, Social and Cultural Rights (1966), which also require the State to elaborate norms that ensure a dignified existence for workers.

More recently, the Executive has issued the Decree no. 9.571, of November 21, 2018, to establish the National Guidelines on Business and Human Rights. This rule is not intended to protect only workers with a recognized employment relationship with companies, but also affects non-formally recognized legal bonds. All those who collaborate with the development of business activities are subject to the rights protected by the decree. Although it has the deficiency of being a document that provides for its voluntary compliance by the recipients (art. 1º, § 2º), the regulation requires companies to comply with obligations such as the granting of decent working conditions to their employees, which includes adequate remuneration and conditions of freedom, equity and security (art. 7º).

The fact, however, is that the enjoyment of the rights provided constitutionally and legally by workers who provide services through digital media applications has not been easy. And the Judiciary itself lends its contribution to the weakening of socioeconomic relations resulting from this conflict. Taking the case of labor claims filed against the Uber company as an example, it is necessary to standardize national jurisprudence regarding the alleged existence of a labor bond between it and its employees, a subject that is object of controversy in the lower levels of the Labor Justice. The 5th Panel of the Superior Labor Court (TST) deemed such a link inexistent on the grounds that the alleged autonomy of the claimant in the performance of his activities and in the apportionment of his income would not characterize the subordination required by the legislation.

The aforementioned decision could even lead to accelerated jurisprudential pacification, were it not for the outbreak of the Covid-19 pandemic. This is because, with the adoption of social distance measures and the increasing use of apps responsible for intermediating product deliveries, complaints from service providers via applications also inflated towards feeling abandoned by companies when in a situation of vulnerability or discrimination regarding the activation to perform their services, as reported by G1. Pulled from São Paulo, several of these service providers held the already famous “Breque dos Apps” on July 1, 2020. Their claims, which were covered by the press, gravitated towards better working conditions and remuneration, in addition to guaranteeing minimum rights.

If in the political field the collective articulation of service providers seeks to guide the debate based on the modification of the behavior of companies and the regulation of activity, in the jurisdictional spectrum it is the individual demands or driven by unions/associations that bring news. In this last aspect, it is worth highlighting the lawsuit filed by the Union of Private Transport Drivers of passengers for applications and digital platforms in Fortaleza and the metropolitan region (SINDIAPLIC) against the companies Uber and 99 in the lawsuit n. 0000295-13.2020.5.07.0003, which is pending at the 3rd Labor Court of Fortaleza/CE. The associative entity pleaded, as a matter of urgency, the payment of minimum remuneration per hour actually worked or available to drivers linked to these companies, in addition to the provision of Personal Protective Equipment (PPE).

The local labor court, in spite of not examining the (non) existence of the employment relationship in the case, immediately allowed the claims, with a exception with regard to the provision of PPE, as it understood that there was no alternative to the case but the application of social rights in order to guarantee an existential minimum to service providers. With this, he determined the payment of minimum remuneration per hour worked or available, to be calculated based on the hourly wage of R$ 4.75, as well as the payment of minimum remuneration, based on the average of the last 12 months of the remunerations obtained, or lower fraction, for those who have shorter registration time, to all drivers linked to the claimed companies who are unable to work due to diagnosis or suspected contamination by the virus, in the first 15 days of sick leave.

Capitalism’s contradictions return to the table of jurisdictional discussion

Although the preliminary injunction was subsequently overturned in the second degree of jurisdiction based on the procedural argument of the alleged jurisdictional incompetence due to the matter, its substantive arguments about the merits of the case have not yet been faced. What is worth mentioning in the first-degree argument is the recognition that the weakness of workers/service providers was evidenced at a higher level in the pandemic period. This vulnerability, which went unnoticed by the development of capitalist economic relations, was masked by the “entrepreneurial wave”, but it did not resist to the contradictions that were evident in terms of socioeconomic precariousness when people were affected by the pandemic and forced to social distance.

It is believed that the jurisdictional recognition of the special vulnerability of those who provide services via apps, in the context of the new coronavirus pandemic, will again bring to the fore the strength of the arguments that defend the application of all socioeconomic rights in favor of this category of professionals. If the discussion seemed doomed to end by the decision of the 5th Panel of the TST, the context of fragility brought by the new coronavirus seems to be responsible for establishing the social conditions that make this debate necessary and with real conditions to undergo an inflection, such as some judicial decisions taken in the course of the pandemic have been shown to be possible. 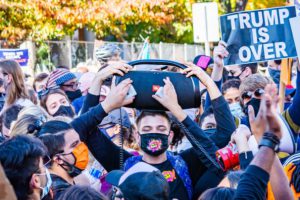 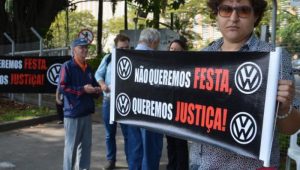