In an interview with Deutsche Welle Brasil on October 8, Vice President Hamilton Mourão, in addition to praising the government’s approach to the coronavirus pandemic – despite Brazil’s particularly negative data – said that torturer Carlos Alberto Brilhante Ustra, who was civilly convicted of torturing political prisoners during the military dictatorship, was a “man of honor” and respectful of human rights.

Faced with this statement by the Vice President, one wonders: what is your understanding of human rights? Why do the highest members of the government, president and vice president, insist on defending a torturer and do it with impunity?

Who was Carlos Alberto Brilhante Ustra?

The Final Report of the National Truth Commission points out that Ustra was a prominent torturer of the civil-military dictatorship and is responsible for at least 45 deaths and forced disappearances during his time at the head of the DOI-CODI. Among the victims were pregnant women and children, who were subjected to various methods of physical and psychological torture such as drowning, pau-de-arara, electro-shock, rape, beating.

Their presence in reports of torture is recurrent. Among them, that of Criméia Alice Schmidt, pregnant at the time, who described:

“In the morning, Major Commander Carlos Alberto Brilhante Ustra himself went to remove me from my cell and there he began to torture me […]. Beatings, mainly on the face and head, electric shocks on the feet and hands, punches to the head as I descended the hooded stairs, which caused horrible pains in the spine and heels, wooden palms on the feet and hands. On the recommendation of a torturer who called himself a doctor, no beatings should be done to the abdomen and electric shocks should only be done to the extremities of the feet and hands” (NATIONAL COMMISSION OF THE TRUTH. Chapter 9, p. 368).

According to Gilberto Natalini, also a victim, the Colonel “laughed, debauched and made fun” of the prisoners he tortured. In statements to the CNV, Ustra confirmed that he taught torture techniques when he was an instructor at the National Information School. The practices he instituted at DOI-CODI became part of the curriculum of the training courses.

There are several measures to address the past of serious human rights violations that occurred during the civil-military dictatorship, all relevant and interconnected and therefore should be viewed in a holistic manner. Among them are the search for truth, institutional reforms, expurgation in public service, reparations to victims, and individual trials of abuses committed during the period.

Recognized by the UN, the right to memory and truth seeks to bring to the public information about human rights violations hidden by repressive regimes, contributing to the process of re-education and transformation from a society formed on an authoritarian basis to a democratic society that respects human rights. Furthermore, clarifying the truth about the past of violations is essential to strengthen and facilitate victims’ search for reparation for the damage they have suffered and for holding their violators accountable.

Mourão’s statement deserves reprimand and is nothing more than historical revisionism, a direct attack on the victims and on the memory and truth about Brilhante Ustra’s direct participation in acts of torture, proven by the National Truth Commission and civilly recognized by the Superior Court of Justice. Added to the actions undertaken by the government to deconstruct the memory of the military dictatorship represents a threat to Brazil’s long and ongoing process of democratization. It sends the institutional message that the government is not committed to the constituent project inaugurated in 1988, which expressly opposes these crimes.

The 1988 Constitution of the Republic is a milestone in the process of redemocratization and contains an unequivocal message about the crimes against humanity, which are imprescriptible and insurmountable for amnesty (Article 5, XLIII, XLIV). Therefore, it is the duty of the Brazilian State to investigate and punish crimes such as those committed by Carlos Alberto Brilhante Ustra. 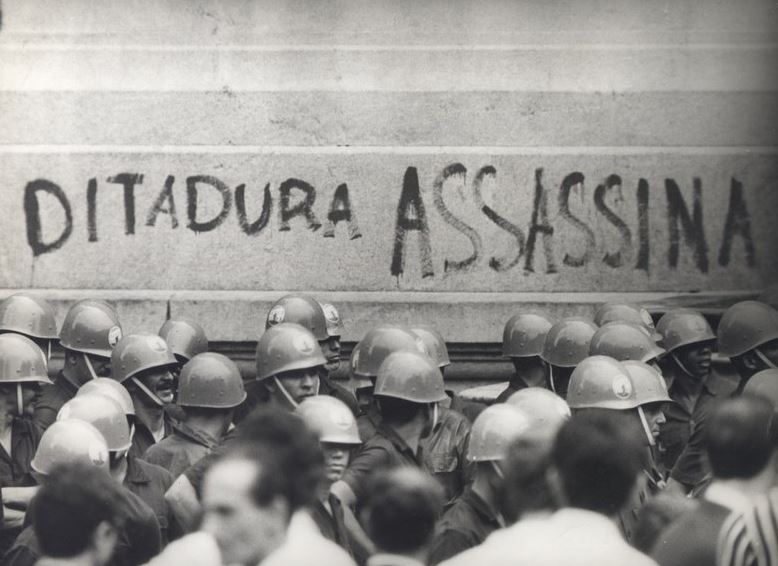 Military ahead of the message “killer dictatorship” painted on a wall. Unknown author.

There is still a long way to go in recognizing and taking responsibility for crimes against humanity committed during the military dictatorship. This is because, in addition to the attacks on reparations, memory, and truth experienced in recent years, some of the magistrates maintain that the serious violations of rights perpetrated by state agents have been amnestied and pardoned by society.

It was in this sense that the Federal Council of the Brazilian Bar Association (OAB) judged the Justification of Non-compliance with Fundamental Principle 153 in order for the Supreme Court to grant the Amnesty Law an interpretation in accordance with the Constitution, in relation to which an appeal is pending.

Despite favorable decisions in the first instance, most of the criminal and remedial actions filed are extinguished without judgment of merit, judged unfounded or find a barrier in the Federal Supreme Court. This is what happened in Constitutional Complaint no. 18,686, in which the Criminal Action received against the torturers of Espedito de Freitas was suspended. It is omissions such as this one that have given Brazil two convictions before the Inter-American Court of Human Rights: the cases “Gomes Lund and others” and “Vladimir Herzog and others”.

From the beginning, the Bolsonaro government pays homage to the period of exception and undertakes actions to dismantle the measures of repair, memory and truth.

One example is the resignation of Eugenia Gonzaga, former president of the Commission of the Dead and Missing, in August 2019, after she recognized that Fernando Santa Cruz, father of the current president of the OAB, was assassinated by the military regime. In January 2020, the regiment of the Commission of the Dead and Missing, created in 1995, was modified, diminishing its attributions and opening gaps for its extinction. CEMDP can no longer, for example, issue death certificates recognizing the political persecution of the state as the cause of death of victims. The changes have also limited the search for the bodies of people who disappeared during the dictatorship.

How can a government demand respect for human rights and the need to promote them – which is essential to democracy – if it does not even recognize their legitimacy and importance? How can we demand that institutions, especially the Armed Forces, function democratically if members of the upper echelons of the Army refuse to condemn the past of human rights violations promoted by them?

Disinformation as an authoritarian construction strategy

As already mentioned, the use of disinformation strategies and historical revisionism are a constant of the Bolsonaro government. These tools are part of the political trajectory of the president, and accompanied by the vice president, were evidenced during the 2018 election campaign. Thus, any expectations that, once elected, his government would be distinct, which would already seem illogical considered historical, are daily contradicted.

In early 2019, Bolsonaro ordered the 1964 military coup to be celebrated as a positive date, denying the institutional breakdown it generated and the regime of exception, guided by human rights violations that the coup inaugurated. On a visit to Israel, the president, denying information from the Yad Vasehm Holocaust Memorial Center that he had just visited, mistakenly stated that Nazism was a left-wing movement.

The following are examples of untrue statements by the president: Bolsonaro claimed that Fernando Santa Cruz, killed by the forces of repression during the dictatorship, had been eliminated by militant colleagues and that Miriam Leitão had been arrested while heading to join the Araguaia Guerrilla, both without any factual support.

In addition to the spread of misinformation, the Bolsonaro government has also shown its interest in hindering access to adequate and quality public information. For example, the adoption of a strategy to disseminate data on the Covid-19 pandemic that made it difficult to monitor and enforce the development of the disease in the country.

Ustra’s defense by Vice President Mourão, therefore, should not be seen as an outburst or exception. The same defense has already been made by the president, exalting him as a hero and conveniently leaving aside the judicial recognition that Ustra was one of the great torturers of the Military Dictatorship.

The disinformation strategy adopted by the Bolsonaro government implies a violation of the constitutional duty of transparency and publicity of the public administration. As already stated, by entering into a historical revisionism that denies the cruelty and crimes committed by and in the name of the military government, the president and the vice president violate the right to memory and truth, in relation to the victims of repression during the dictatorship and Brazil’s constitutional duties and international obligations to investigate, punish, and repair the crimes against humanity committed in that period.

Denying the past and all the historical evidence contrary to the allegations of Bolsonaro and Mourão also has as consequence the undoing of a common rational basis on which it is possible to establish debate and democratic dissent. This shared basis is replaced by the words of an infallible leader, deepening the polarization and reinforcing the authoritarian power of this figure.

If attempts to establish a transitional constitutionalism in Brazil had already been hindered even before Bolsonaro and Mourão came to power, the new scenario only tends to aggravate this tension, in the opposite direction: that of the decline of democracy.

One of the institutional possibilities of resisting this movement lies precisely in the coherent and committed action of the judiciary in curbing abuses such as that of Mourão. preventing another stone from being removed from the Brazilian democratic base: that of total denial of the use of torture and the need to punish, not reward, torturers.

As we know, unfortunately, the judiciary has been refusing demands that seek to hold accountable human rights violators who acted during the military dictatorship. However, it is always time to return to the issue of amnesty, and the placement of ADPF 153 on the STF’s agenda, especially in the current scenario, is once again a chance for the country to finally fulfill its constitutional and international obligations to investigate, punish, and repair human rights violations. It would also send an important signal of the functioning of a system of checks and balances between constitutional institutions, so questioned, attacked and suppressed lately. 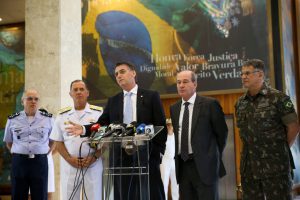 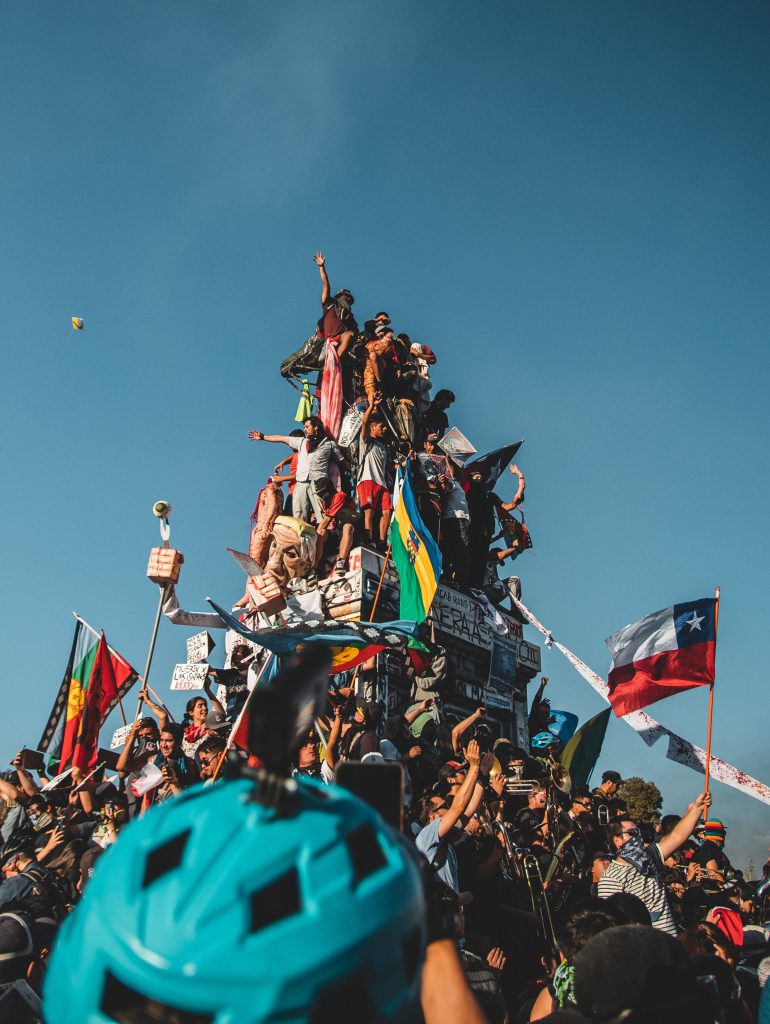 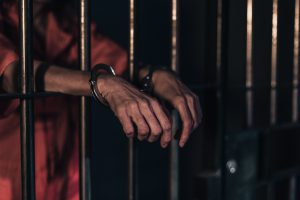